I’m aware that I’ve been away since the middle of July (or thereabouts), so that’s nearly four months which must be the longest I’ve ever been away from my blog for. A lot has happened in my life during that time.

Ten-and-a-half months have passed since I lost my beautiful Mum. That time hasn’t been like I would have expected it to be. I haven’t been able to grieve. Strangely, and somewhat disconcertingly, I haven’t been able to cry either. I still cannot look at my Mum in any of the photos that I have. This isn’t how I expected grief to be. However, I am aware that everybody grieves in their own way and in their own time. Maybe, the time isn’t right for me yet.

As for other goings-on in my life, they have been more positive. Some of you may remember that my care regime was about change drastically with new carers coming into place and old ones going. I’m pleased to say that it has all worked out far better than I could have imagined.

I was also at the beginning of having a lot of work done on my house too. This has been a prolonged process, but I am getting there gradually. My bedroom is finished and is now a haven of peace and calm in which to sleep. The new shed has been built in the garden, that is, after being ripped-off by builders who I, eventually, sent packing, and consequently, employed new ones who have done a great job.)  The shed is painted a delightful shade of forget-me-not blue (at least, I think it’s delightful – I can’t speak for the neighbours).

The next and most significant project is adapting and renewing my twenty-five-year-old kitchen. This, I’m most excited about. It’s going to have lowered worktops, a new lower hob and a sink, all of which will be accessible to me in my manual wheelchair. The work is due to start in about two weeks. I’m currently at the stage where I and my carers are frantically sorting through cupboards and drawers with the intention of clearing out everything we haven’t used in the last two years, (that includes packaged food in the units that are well past their sell-by date!) I can’t wait for the new kitchen to be installed, although I’m not eager to face all the mess and disruption. However, as they say, “you can’t make an omelette without breaking eggs”)

Well, I think that’s just about a relatively accurate round-up of what’s going on in my life at the moment. I promise I’ll try to catch up on some of your blogs as soon as I can, and I really will try not to leave it another four months until I pop into WordPress again. Thanks for sticking with me through my absence.

15 thoughts on “MY FORGET-ME-NOT SHED” 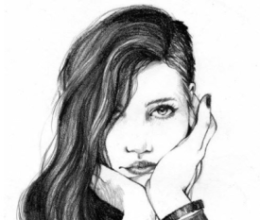